Life is unpredictable and does not always work out as you plan it and can change in an instant.  We underestimate our abilities to cope and survive.  We go into auto-pilot mode, but sometimes neglect to attend to our emotional wellbeing.  It’s only when we look back at your life that you realise what you’ve been through and think of what you would’ve done differently.

I wanted to study law, but ended up marrying the love of my life, André, and pregnant straight out of school.  It was some of the best experiences in my life but was cut short 3 years later when André died instantly in a car accident.

I remember that early morning when my brother in law and his Captain drove up the drive way of my mom’s smallholding, as if it was yesterday.   I was there with the 2 boys.  André, took us through the night before because he unfortunately had to work.  I remember the trip from Greytown to Pietermaritzburg so clearly.  He was a very private person and never spoke about his late brother’s car accident, but that night, he drove along the route and stopped at the site where his brother, Leon, died in a burning car.  It was an overwhelming and emotional moment.  I wondered what I would do if André had to die… it seemed unimaginable.  Unexpectedly, I knew a day later when the unthinkable happened.  I remember sitting in the field with my brother in law for hours not saying a word and staring at nothing. I was 21.  Rudi was almost three years old and Leon only one.

Unknowingly I skipped all the stages of dealing a traumatic event.  Only later in life, attending a course, I was made aware of the different stages in dealing with change.  Anger, denial, negotiation, acceptance and letting go. I was in survival mode.  I was 21 years old and had to raise two little boys.  In the process, I neglected my emotional well-being.  Lots of people would make mention in a conversation that I had sacrificed a lot.  I don’t like the word sacrifice, but rather prefer to refer to it as being a devoted mother who dedicated my time and energy to the boys. it.

My purpose was to create a protected, stable and secure environment for them.  I made some mistakes, but looking back today, I believe I did a pretty good job and would not want my life to have been any other way.

The rewards of my assertiveness made it worth it.  I learnt so much and it shaped me into the well-rounded person I am today.  It also gave me the groundwork  to help others deal with similar circumstances through sharing my stories. And that makes me happy. 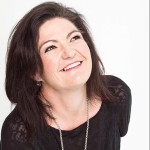 I am a Certified NLP Practitioner and Life Coach and I can help you make the CHOICE to take the CHANCE to make the CHANGE you want in your life. My experience and skills provide sources in partnership with my clients. My aim is to develop aptitude and performance through result-based resolutions.